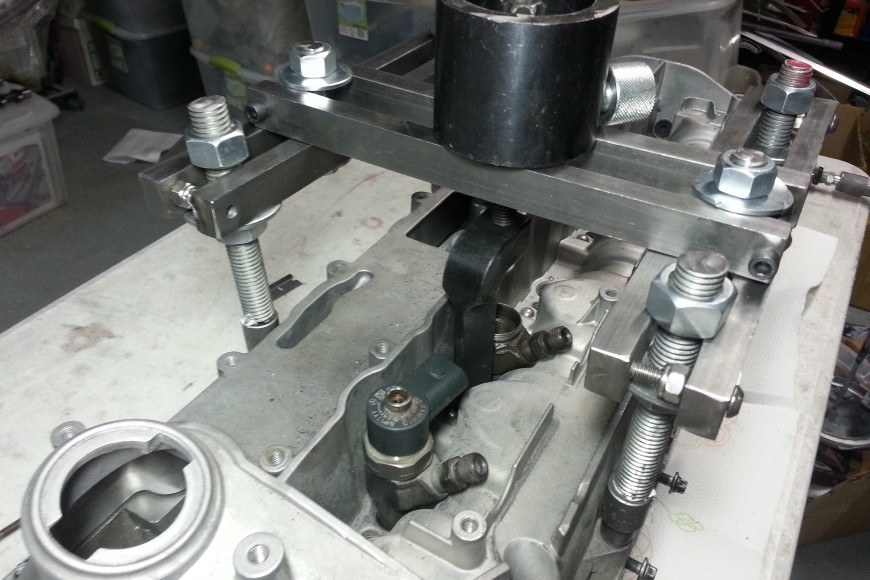 The GT-114 is fully universal and adjusts up and down, left and right, fore and aft.  This tool comes as a 4-post pulling fixture that will center over the top of common rail injectors and provide a compact pulling force to remove stuck injectors.  The pulling fixture can also be used in a 3-post fashion if the technician needs to triangulate over what needs to be pulled.  This tool will adapt to any style valve cover fasteners.  This tool can be used in it’s manual version (GT-114-1500) as well as with the hydraulic option (GT-114-2500).  The hydraulic option comes with a 10T ram (GT-114-2500). 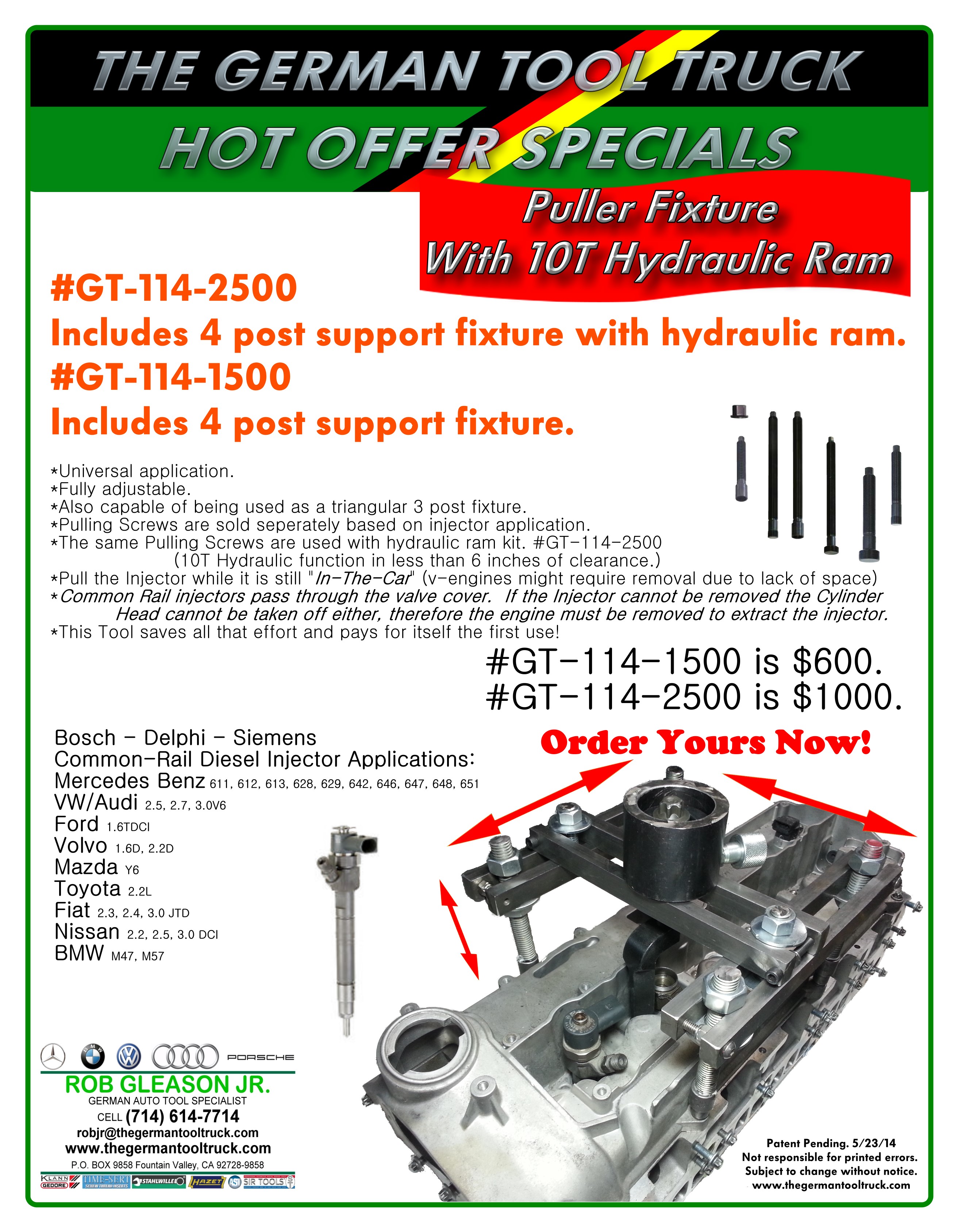 *Universal application.
*Fully adjustable.
*Also capable of being used as a triangular 3 post fixture.
*Pulling Screws are sold seperately based on injector application.
*The same Pulling Screws are used with hydraulic ram kit. #GT-114-2500
(10T Hydraulic function in less than 6 inches of clearance.)
*Pull the Injector while it is still “In-The-Car” (v-engines might require removal due to lack of space)
*Common Rail injectors pass through the valve cover.  If the Injector cannot be removed the Cylinder
Head cannot be taken off either, therefore the engine must be removed to extract the injector.
*This Tool saves all that effort and pays for itself the first use!

As a consequence of that, stuck injectors make removing the cylinder head virtually impossible.  Because the injectors pass through the valve cover into the injector bore of the cylinder head when the injector cannot be removed the technician cannot access the head bolts to remove the head.  This gives the technician only two choices, either you literally break the valve cover away with a big hammer, chisel, and saw or you remove the engine. 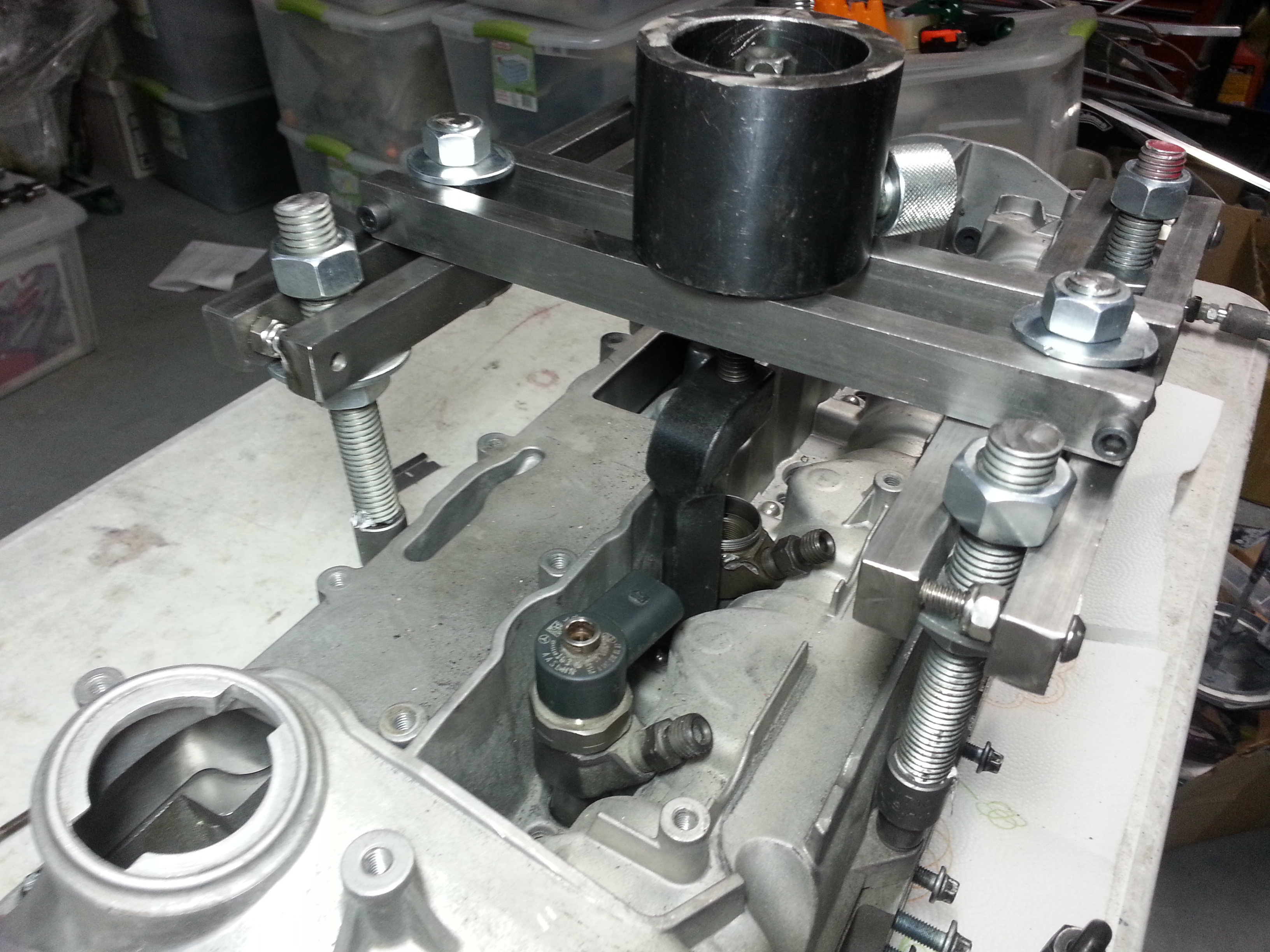 These same pulling spindles are used with the 10T hydraulic ram (GT-114-2500).  The ram is installed over the spindle and the nut is hand tightened.  Simply attach the hose and pump to the ram and begin to apply force.